About a year ago I moved back to London with ‘tourist eyes’. When you have been somewhere else for a period of time and then come back to space that was previously occupied, you become aware of the detail that you have taken for granted.

I watched a friend’s tourist eyes when she came to visit London. As we walked, she opened me up to the history of buildings and the beauty of the architecture in the city. Since then, I have been observing structure all around me– not only buildings.

Order is very important; without it things just don’t work.

It is all around us from almost anything like shops, streets, shopping queues and even punctuation. Let me explain – I’ll take you back to approximately over a month ago at work. I regularly check my student’s punctuation and sentence structure, drilling it into them that writing a sentence without the appropriate punctuation, is like driving a Ferrari at a very fast pace without planning to stop. In a particular session, a student wrote a recounting piece about a made up football event. It was here the concept of the ‘one man team’ caught my eye and in that moment, football came alive to me.

Several questions later my mind danced with a world of different clubs and managers and my-oh-my – formation! Understanding that the game had different formations made me to look at football with tourist eyes. I can relate this to citizenship and how it made me see the ecclesia in a different way. You see, without structure you only have a faded idea of how something works.

The ‘one man team’ confidently assumes the notion, that a talented individual or player of a team drives the core of the team.  This is why it doesn’t work: the juxtaposition highlights the beaconing of a player over the effort of other players.  Stay with me, I’ll visit personalities later.

Ecstatic, I journeyed with my newfound love for football. I told just about anyone I could. You know when a child first gets their uniform? Or finally gets what they’ve been taught? Yep - that was moi. This excitement led to my first game of which I am thankful to Chinedu for. We went to watch the under 21s where Arsenal played against West Ham. In the end the score was 4-0 to Arsenal. I’ve always wanted to see a game live rather than just on telly and I’m glad I did. I took in the light bending at the arch of the stadium roof.

Football reminds me of life and the teams we have on an everyday level. Who doesn’t want a team that works smoothly? I asked Chinedu What he thought the most important part of football is. Here are few points I highlighted from our conversation:

In another sense, you could say that if an individual plays with a very high standard then you cannot slate them for using their talent. Fair enough. However, we must remember that ‘no man is and island of his own’, that there is no such thing as playing solo and the concept of the one-man team can quickly paint an individual's personality as a caricature.

Until the next time, thank you for reading. 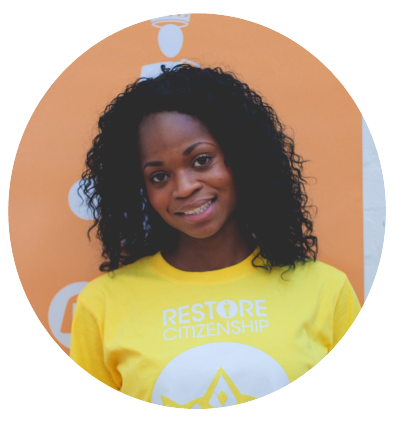 Author: Jokae
Founder and author of How We Love Our Hair, Jokae Ayoola is an author, storyteller, and self-publishing coach who enjoys helping others by sharing the information and experience she has gathered on her publishing journey.
Recent blogs