In light of the culture war we face today are there lessons we can learn from how Absalom used branding, the media and PR to usurp David's throne?

The story of Absalom, in the Bible, has a very interesting backstory. He was one of David's sons, and when his sister, Tamar, was raped by his half brother Amnon, he was filled with rage. In some ways, you can empathise with his rage after all his sister was raped, disregarded and disgraced, and the rapist was still living large.

But Absalom's anger was not discernable on the outside. Despite the great disrespect, he kept his composure.

Two years later, Absalom planned a celebration and invited his father, king David, and all the princes. David thought hosting the entire royal house would be too much of a burden, but he gave the go-ahead for others to go. Absalom made sure his half brother Amnon would be there.

Whilst Amnon was in high spirits and drunk, he was suddenly struck down by Absalom's men. This shocked all the others, and they mounted their mules and got out of there as quickly as possible.

Anyways the key takeaway is Absalom was very calculated, he took his time and awaited the perfect moment to strike.

After this, Absalom fled into exile for three years. David mourned one son's death and was downcast because technically he had also lost his other son Absalom. So Joab (David's commander-in-chief) arranged to persuade the king to allow Absalom back into Jerusalem.

And on his return came an unrepentant emboldened prince, who was more ambitious than ever. But once again this was not discernable on the outside.

How Absalom used branding, the media and PR to usurp king David’s throne

2 Samuel 14-15 tells us of a tried and tested media campaign used by Absalom to usurp David's throne. Despite his criminal history, Absalom rebranded himself as a new man and positioned himself to take over his father's throne.

Rebrand: Absalom had dazzling looks, and he would grow his hair for the whole year. At the end of the year, he would cut and weigh his hair. Positioning himself as a fashion icon.

Grab attention: He burned his neighbour's field as a PR stunt to get an audience with the king and announce his presence.

Positioning: Absalom wanted to look the part, so he had 50 men run before him, then he would make a pompous entry on a chariot. The visual was key to positioning him as a royal next in line.

Charm offensive: Absalom wanted to appear to be a man of the people. He strategically stood by the gates where people had come to table their issues before the king. He would then ask people where they were from communicating personal interest in them. And when they wanted to greet him as a royal, he would grab them and hug them showing how humble and relatable he was.

Exploit weakness: He knew there was a backlog of cases being heard by the king, so he would tell those in the queue, that he would handle matters better and ensure they got what they deserved. He wanted people to start seeing him as a better judge and future king.

Mis-information: When he was ready to seize power, he lied about leaving the city to worship God, knowing that's something his father would want to hear. He had already invited senior elites in Israel to join him. By so doing the image of power would be on his side when he launched his final part of his plan.

Media campaign: Absalom secretly had people in place to collectively echo his message. He would sound a horn, and they would immediately shout "Absalom is king". This sudden media blast, combined with hosting all the elites and messaging to the people worked perfectly. King David was caught off guard and had to flee lest the final part of Absalom's plan succeeded.

Power: God was with David; he managed to escape just in time, and take back his throne. In the heat of battle Absalom's long hair was caught on a tree and he was killed. The enemy may use media and strategic PR campaigns to woo the people to rebel against Christ, but Psalm 2 says it best. He will “laugh” at them and “break them...like pottery”.

In the culture war we face today I feel there are lessons we can learn to sharpen our discernment as to how the enemy seeks to win hearts and minds and take over society. 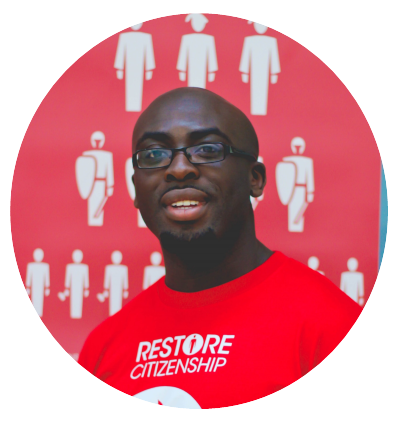 Author: Pelumi
Co-founder and Enterprise Manager of Restore Citizenship, Pelumi is a Father and Family Elder in the Hackney & Islington Ekklesia. Pelumi's passion is to see believers maximize their full potential as kingdom citizens.
Recent blogs