Founder of Modesty Panels UK discusses her journey from glamour modelling to faith and modesty.

If you had told me at 17 whilst I stood taking semi-nude selfies in pursuit of a glamour modelling career that 15 years later, I would be writing a blog about modesty, I wouldn't have believed you!

My goal was simply to be known as one of the world's sexiest women. Why? Because then, I would be "valuable," and most importantly "loved!"

Despite the love of my parents, their divorce at age 10 left me believing I was "unlovable".

In my teens and up to my mid-twenties, this pain began to manifest. I sought the attention of men as a means to fill the void in my heart. I learnt quickly that dressing sexy equalled attention and attention equalled "love". Or so I thought.

So how did an over-sexualised, broken and insecure teenager transform into a modesty blog writer? Well, it didn't happen overnight. People often ask me why I've chosen to go on this modesty journey. But the truth is I didn't choose to. GOD DID!

Over the last 15 years, since receiving my salvation, God has stripped me of a deep-seated belief that being sexy makes me valuable and lovable.

To put it simply, God became like an earthly father to me who said, in love, "you're not going out like that". The Holy Spirit convicted me of certain clothing choices and, so began what I call phase 1 of my modesty journey. At first, it was hard to part with certain clothing items. I became painfully jealous of others who dressed sexy around me and received the attention that I felt should've been mine. I wanted to die. I actually hated God for a while too. But then a close friend shared Proverbs 23:17 with me, "Do not let your heart envy sinners", which helped.

Years after, even though my extremely sexy clothes were gone, I continued dressing in really tight clothes and showing my cleavage. Although this was an improvement, deep down, I was still trying to be "sexy" and so, phase 2 began. In this phase, my clothes were changed again and became flowy, ladylike and less sexualised.

However, after a couple of years, phase 3 came. This time God banned me from buying clothes, wearing makeup, exercising and seeking male attention. This was the real wilderness! God had been leading me up to this point. Everything that gave me value was removed! Including large amounts of pride and vanity! In that time, he invited me with joy "to become nothing," as He did. He reminded me that he came as a man deliberately “with no beauty or majesty to attract us to him” (Isaiah 53:2).

He encouraged me to lay my vain and empty idols down and choose a higher call to become nothing. To find my true value in Him alone. When I finally came out of that season, God restyled me with an entirely modest wardrobe and no it’s not frumpy or dull.

To hear more about my journey watch my personal testimony on Women's Talk: She's just too sexy! Or is she? 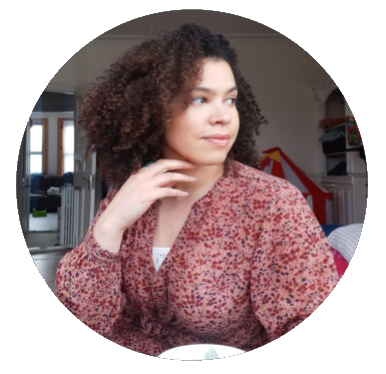