If you are not part of the process of discipline then you have been made redundant and at risk of your walls lapsing.

Proverbs 24:32: ‘I applied my heart to what I observed and learned a lesson from what I saw’.

How many of us can say that they really learn from the mistakes of others. The scriptures declare that all that is written in it is for our learning and teaching. To those that have an ear let them hear. It is very easy to read scriptures and declare them profound but neglect to consider the impact it has on the society that we live in today.

The reading of Proverbs 24:30-34 can be easily dismissed if a person is not careful to consider all that has been written:

30 I went by the field of the lazy man, And by the vineyard of the man devoid of understanding;

31 And there it was, all overgrown with thorns; Its surface was covered with nettles; Its stone wall was broken down.

32 When I saw it, I considered it well; I looked on it and received instruction:

33 A little sleep, a little slumber, A little folding of the hands to rest;

King Solomon is going by the field of his subjects, men that he has given responsibility to steward over his land. He is struck by what he saw and explains his thoughts in the Proverb. If I were to consider this passage in our modern day society it may look something like this. The Characters in this passage can represent our modern day religious churches.

King Solomon: The King of Kings

As Christ the King came to settle the responsibilities of His government that have been administered upon Earth. He came across one such ecclesia that lacked governance and was uncultured. Instead of leadership being delegated amongst elders and deacons; the sole leader of this Ecclesia was one man.

The leader lacked any understanding and was unable to govern. The culture of the people was an inter-mix of citizens and non-citizens and lacked any real potency. The sanctity of marriage was open to anyone; the tithes were not managed well; there were no rules on sexual promiscuity, homosexuality and bestiality.

Does this sound familiar see 'Look away from the stage'.

This is quite common picture in our society that most of us will not even blink an eye whilst you read it. God has declared that the punishment for the men that have relinquished their responsibilities will be swift. It will be unexpected and it is an inevitable downfall as Christ snuffs the candle out.

This is really concerning, as Gods people neglect the responsibility of household discipline. Matthew 18:15-20 delineates the process of dealing with matters in the community internally. If the individual does not repent at each step; household discipline should materialise itself in the community if an issue – be it sin or not- like this: going to the person alone, take up to three objective witnesses, then the Ecclesia will set up court excommunicating the individual. If the person repents at the summoning of the Ecclesia then the individual through restorative justice reconciliation and true repentance will be evidenced.

This process enables citizens to be involved with the entire process of discipline. It empowers each citizen to do what the Lord commands. John 7:24

The passage in Proverbs describes what happens when there is a lack of inefficient internal discipline. The boundaries that have been set have lapsed. A community that fails to reinforce their boundaries upon God’s laws will remain vulnerable; exposed to all manner of sins.

Therefore the elders and deacons will be without self-control and the community will remain without any walls. God will spare his mercy and judge us according to our own lack of judgement. God did say that Judgement starts where first? The house of God.

Let us learn from what we observe and put into practice all the things considered in this passage. Check and revaluate the way in which your leaders deal with so called ‘sins’ in the community. If you are not part of the process of discipline then you have been made redundant and at risk of your walls lapsing.

Every citizen is called to take responsibility of each other and judge according to righteous judgements.

Understand the times... Know what to do. 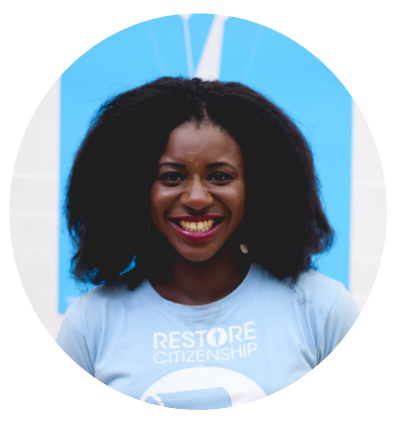 Author: Esther
Business Entrepreneur and Civic Leader of the Civitas. Esther Sherato believes that understanding the Kingdom is essential for the maturity of all believers. She believes that the faith journey cannot be walked alone and fellowship together should not be neglected.
Recent blogs