This article explores Dr Martin Luther King's letter from Birmingham City jail and what it say's about kingdom citizenship.

The Letter from the Birmingham City Jail, also known as the “The Negro Is Your Brother”, was penned by Dr Martin Luther King Jr on April 16th, 1963.

The letter was written in response to a public statement co-authored by eight white clergymen from Alabama calling for “A Call for Unity”.

These men agreed that social injustices existed but argued that the battle against racial segregation should be fought solely in the courts, not the streets.

Like Job’s accusers standing from afar, they analysed and critiqued the Birmingham campaign. This lead to them publicly discrediting the protest which provided great fuel for the opposition of the day who were bent on maintaining the upper hand and status quo of segregation.

The letter sheds light on a key moment in the history of Dr King's life and reveals the inner world of a man struggling to see a new world manifest for his people.

The letter highlights the tension between two opposing forces. The first God's commission, positioning and sending of Dr King to bring segregation to an end. The second resistance from the state by condemning, punishing and imprisoning Dr King.

In the face of this, Dr King showed no signs of retribution, rather in wisdom he skilfully wove a tapestry of understanding that has continued to stand the test of time. Serving as an example of what it means to represent citizenship and patriotism.

Since being smuggled out of the jail the letter has been widely published and has become an important text for the American Civil Rights Movement.

So why is this letter so powerful that it continues to resound throughout history? What are the main themes of the letter and what can we learn from Dr King’s response to his opponents?

Standing up in suffering

The first thing that stands out is the fact that Dr King fully embraced the sufferings of the people. For the most part, a mans words become substance when his convictions are tested in the onslaught of injustice.

I doubt that others could have penned such deep and meaningful words under such pressure. Indeed like Paul the apostle Dr King bore the marks of the gospel he preached.

Although accused of being an outsider and disturber of the peace and although he did not really need to give a reason as to why he had a right to protest in Birmingham.

Dr King took the opportunity and revealed his knowledge of the sovereignty of God when he stated:

Tearing down strongholds to build up bridges

Having been accused of destabilizing the state by disrupting the local economy. Dr King highlighted that economies should exist for all not for some, especially when those who are oppressed are the ones keeping the economic wheels turning.

Like a union which encourages its employees to strike from work to ensure that the employer pays them according to their value. So nonviolent direct action creates 'constructive' tension for the purpose of meaningful negotiation.

Dr King spends a considerable amount of time addressing this issue. He reminded his readers of the futility of waiting for the oppressor to decide when to stop oppressing. He argued that the time for change rests in the hands of those who are oppressed, especially when their forefathers had already fought and won the fight for liberty.

He wrapped this up with the words of Chief Justice Earl Warren, who said in 1958 that 'justice too long delayed is justice denied”.

Accused of being an extremist who transgressed the law. Dr King reminds his readers that an individual who breaks a law that conscience tells him is unjust, and who willingly accepts the penalty of imprisonment in order to arouse the conscience of the community over its injustice, is, in reality, expressing the highest respect for the law.

He provides examples from a variety of sources and addresses the perception of his accusers when he states;

The question is not whether we will be extremists, but what kind of extremists we will be Dr Martin Luther King Jr

Having aptly responded to his accusers he summaries his letter by respectfully addressing the lethargy within the church. He argues that apathy in the face of injustice is far more dangerous than the oppressor of the injustice.

He reveals his disappointment with the church piously separating itself from the issues of the state. He reflects upon the lack of brotherhood from white laymen. Calling it an unworldly religion manifesting pious irrelevancies.

In his disappointment, he proposes looking somewhere else stating:

Perhaps I have once again been too optimistic. Is organised religion too inextricably bound to the status quo to save our nation and the world? Perhaps I must turn my faith to the inner spiritual church, the church within the church, as the true EKKLESIA and the hope of the world”. Dr Martin Luther King Jr

Throughout the letter, Dr King is open and candid about his feelings. His hope of a better future for his people and the fear of the people who resist and reject change.

I wonder if Dr King were with us today what the world might have been like. Would we be closer to seeing his dream a reality?

To close, I leave you to Selah upon the words of Edmund Burke 'All that is necessary for the triumph of evil is that good men do nothing.'

For King and for country... 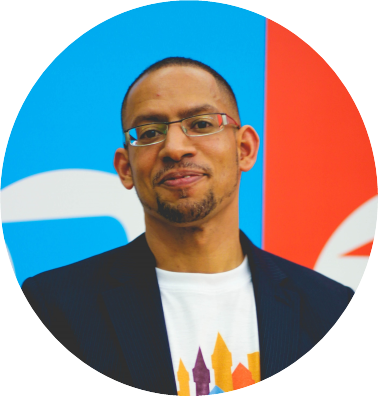